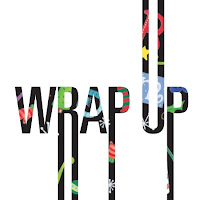 Ahhhh ... Friday! My weekend will officially start at about 6:00PM, when I will drop off Cam at the church for a weekend high school ministries fall retreat. He has been in rare form these past few weeks, likely due to frustrations with his lack of progress in school (that topic deserves a post of its own) coupled with the lunar cycle (anyone who believes lunar cycles have no affect on behavior is CRAZY).

We both need the break, and since I cannot leave him for the weekend (there are times when I've considered it), I am grateful he is leaving me. Hopefully, when I pick him up Sunday afternoon, we'll both have better attitudes.

I had an interesting conversation with my hair stylist (Gina) last night as she was cutting Cam's hair. Seems my landlord (who also happens to have a beauty shop in Podunk) came in to talk to her about Cam. One of my neighbors (the complex is small - only 4 other rented units other than mine) called her with concerns about Cam. He "scares" them and they are "afraid" of him.

My landlord knows that Gina and I are fairly good friends, so she took it upon herself to visit Gina's salon (with several customers there) and began quizzing Gina about Cam. Is he a "good" kid? Has he ever been in trouble? Is he a bully? Do the tenants have reason to be afraid of him? Would Gina allow Cam in her house with her kids? Is Gina afraid of Cam?

When Gina explained that Cam was a typical teen - a kid who can occasionally get lippy but is generally a "good" kid - she also asked the landlord if something specific had happened with Cam that caused concern. That's when the landlord told her that a tenant in the building has come to her telling her Cam "scares" them and they are "afraid" of him.

I'm fairly certain I know EXACTLY where the problem is. Of the remaining four tenants in the building, one of them regularly pays Cam to take her groceries from her car to her upstairs apartment, one is a late 20's kid who has let me use his GPS and often stops to chat with Cam and me, and one is a "typical," single cat lady (5 cats and 2 dogs in a 2-bedroom apartment) who has asked Cam to walk her dogs when her bunions are acting up.

That leaves the gun rack in the back window, pick-up truck driving, NRA bumper stickers holding the right rear corner panel together, late 50's gentleman and his wife who live directly upstairs from me but have NEVER spoken to me.

Hey! If they are going to make assumptions, it's only fair that I get to too!

And guess what? Unless they have specific issues regarding things that have actually happened, rather than a case of their ignorant imaginations running wild, they can kiss my big white ass.

~*~
Thanksgiving is fast approaching and I am PMS-ing ... which isn't a good combination. See? I don't get bitchy (usually) during hell week, I get extremely sappy and emotionally sensitive. Of course, that can only lead to a big ol' pity party.

I've been whiny, needy and generally irritating on twitter these past couple of days - so much so that it actually drives me bonkers to read my own time line.

I have much to be thankful for, yet my focus has been on what I'm lacking - what I wish I had - this holiday season. What's odd is this isn't about material needs/wants, it's about emotional needs/wants.

Menopause can't come fast enough. Then I can just be bitchy and unreasonable ALL of the time and blame it on hormonal fluctuations.

Neighbors can suck sometimes...Confront them...ask why Cam scares them...see what their reaction is to that.

enjoy your free weekend...plan a trip south...eat plenty of turkey

Oh Dana, seeing my step-mom go through menopause I have learned that it is worse than PMS can ever be!

Your landlord is a gossipy asshole. Sorry. I can see neighbors voicing (even made up) concerns, but for your landlord to go out and share those concerns with another person is horrible! Sorry.

I wish menopause would visit the Bagwine digs. Eh, there will always be assholes in this world and we must live with that. You know what I say about the Cam "issue"....Fuck Em!! Cheers Dana!!

Maybe Cam is sneaking into their apartment at night and making ghost sounds. That sounds like a funny hobby to me. Maybe not with gun owners though. What assholes the landlord and ignorant tenants are.
ENJOY YOUR FREE WEEKEND!

"Anyone who doesn't believe the lunar cycle affects our behavior is CRAZY"... Agreed!

Would love for you to check out our lunar calendar (www.lunarcalendar.biz) to track the lunar cycles and see when the best times are for so many different things. Only $2.99 for the electronic version.

Hope to see you there!

I know it's to late but it would have been fun to tape Cam making noise and played it really loud this weekend. Then you could tell the landlord, hell, Cam wasn't even home!

Well your neighbor sucks. I hope you will kill him with kindness and make him feel guilty about being a prick.

Men! Oh pause... Has it finally come to this, Dana?