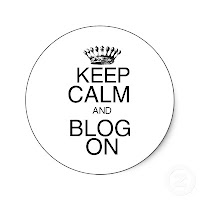 The more time I spend in social media (defined in this post as facebook, google+, tumblr and twitter), the more I miss traditional blogging. But have you tried to find a good blog to read lately?

I spent a good two hours on blogger the other day, hitting that NEXT BLOG link at the top of the page. That used to be a great way to discover new reads. Now? Most of the blogs I landed on hadn't had a new post in over two years.

Let's be honest here, it's a lot easier to think up an ambiguous, sarcastic one-liner than it is to put 800 words together in a coherent and entertaining blog post. And in this immediate gratification society? Most readers have the attention span of a gnat with ADD - 140 characters is about all they can be bothered with.

If you've been hanging out here long enough, you know that I tend to be a traditionalist (not to be confused with an inflexible, routine driven old fogy). I don't believe the Constitution is a fluid document. I think HNT participants generally showed far too much skin. And I think real blogging is an art form that has been soiled by social media.

There is just something comforting about old school.

I used to worry that books would be replaced entirely by their e-versions as the iPad and Kindle became essential gadgets. Now? I believe the value of bound books lies in the way they touch your other senses - something e-books will never be able to do.

Just like books, I want to believe that real blogs will never go away entirely. Remember all of those fools who started up blogs 5 years ago because it was the thing to do? The ones who couldn't tell a story if their life depended on it? I think we called them mommy-bloggers for the most part.

*WINK* All of you mommy-bloggers who just read that sentence need to unbunch your panties now.

Real blogs? I think their value lies in the way they tell a story. Social media is little more than junk food for the brain. Real blogs? They are the meatloaf, mashed potatoes and gravy of the written word.
And I'm hungry!

Tell me, are you still reading real blogs regularly? What are some of your favorites? Are there any blogs I should be reading that I'm not? 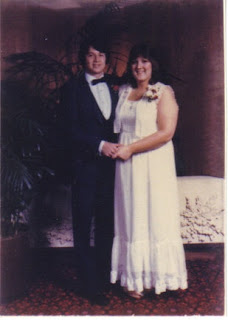 See that picture? Yes, that is me - 30 years ago - at my senior prom with Bill Ferren. No, I didn't have sex with him (that night, or ever for that matter) and I'm fairly certain I didn't even get a kiss. Truth be told, I don't even remember where we had dinner or where the prom was held.

Do you suppose it would have been more memorable had my parents forked out $1,078 (the average amount that will be spent on prom this year)?

That's right, the economy may be sluggish, but that hasn't slowed spending on high school prom. A new national survey by Visa Inc. shows that American families who have teenagers will spend an average of $1,078 each on the prom, a 33.6% boost over the $807

If that isn't bad enough, parents surveyed who fell in the lowest income brackets (less than $50,000) plan to spend more than the national average - $1,307. Breaking down the spending by family income, the survey found:

One other thing? You'll want to move to the Midwest before your kid hits his/her prom years. There is a bit of a regional difference in spending as well:

Northeastern families will spend an average of $1,944

Southern families will spend an average of $1,047

Western families will spend an average of $744

Midwestern families will spend an average of $696

(If you are interested to see just what that $1,078 includes, you can see a more detailed breakout [HERE])

Me? I refuse to take out a loan from my 401K to pay for my kid's prom. He'll either get a job and pay for his own, or find a way to stay within a reasonable budget.

What say you? Are prom costs (and the sense of entitlement that seem to go along with them) reasonable? Am I just being stingy? 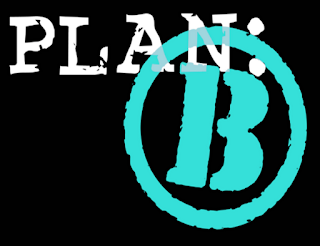 I don't have one this time.

This past month, all of my old-fashion, tube TVs were carted off to the dumpster, replaced by Mike's high tech, HDTV flat-screens.

The headboard I rescued from the dumpster and the IKEA dresser I so diligently constructed? Those are gone too, replaced by a beautiful bedroom suite Mike had delivered to the apartment on Friday.

Due to my fear of abandonment (I fundamentally believe I am unworthy of love - unlovable - and that once anyone finds out "who I really am," they will reject me) and my overwhelming need to control everything in my environment (a fear-based survival technique I learned from growing up in alcohol-fueled, dysfunctional chaos), I always have a Plan B.

When I was 10, I kept track of grocery prices - figuring out how I could feed myself on $5/week just in case my dad finally kicked me out of the house for being less than perfect. I saved a portion of my allowance until I had $20 saved up for just such an emergency.

When I was 15, I used that $20 - plus Christmas money - to purchase a Greyhound bus ticket to Spokane, and to support myself for a few days while I worked on figuring out where I was going to live after it became clear it was no longer safe to live in my parent's home.

Plan B is critical.

Plan B is a "Get Out Of Jail FREE" card.

Plan B is self-preservation.

I always have a Plan B.

I don't have one this time.

And I feel terrifyingly out of control. 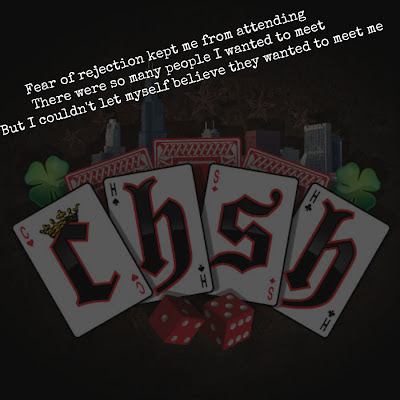 (For those unfamiliar, CHSH is the big Chicago area tweetup that occurred this weekend)

What do you mean it's about time I got back here? That weekly blogging is not blogging at all?

It's not that I don't have anything to say. I mean, I can always find a way to stir the pot, even if I have to use a dried out ball point pen to do it. What I have discovered is that often times, when the thoughts are bumping into each other in my head, it's next to impossible to organize them enough to get them on paper ... errr ... screen!

This has been one of those weeks.

I continue to be disturbed by the Trayvon Martin murder, and not just about the circumstances surrounding his murder either. The racial divide (those who feel race/prejudice played a part vs. those who don't) is equally disturbing.

Who's right? Well? I believe that many white folks have a very difficult time accepting that Trayvon's murder (and the way it has been handled) might have anything to do with race, because doing so would imply we might still have race issues in the United States, and then they'd have to change.

You'd have thought electing a black president would have quieted those people!

Speaking of race/prejudice, and the desire to sweep it under the rug, let me share a story with you. Well, actually THREE stories ... all that occurred within the last SIX days. They exhibit the very behaviors/attitudes that I believe led up to Trayvon's murder.

1.  I read this on my tumblr dash after posting a link to an article titled Trayvon Martin, And When A Black Man Deserves To Die, written by Bomani Jones:


a somewhat response to the Trayvon blog…
... My mom always told me, if you dont want to be treated like a bum, dont look like one. Like it or not, Perception is reality to most people. Im not saying people should stop dressing a certain way or acting a certain way, but if you do, be prepared for how you will be treated by others. If your cool with that then have at it, but dont then turn around and complain about how you were treated because of how you looked, YOU made that choice. Before everyone jumps down my throat with all the myriad of rape scenarios, I dont not believe a woman wearing a short skirt is asking to be raped.


Soooo ... a woman wearing a short skirt is not asking to be raped, but an unarmed, black teenager wearing a hoodie is asking to be killed? Got it! I mean, everyone knows it's not okay to blame the rape victim for the crime committed against her, but apparently society is still okay with blaming the murder victim for the crime committed against him.

2.  Mike and I went to the laundromat Wednesday night. I know! Can you believe he actually does laundry with me? Anyway, while I was folding clothes - and Mike was across the way blowing his nose - a woman walked in. She was quite chit-chatty with me (Why do people always think I want to talk to them??) as she put her clothes in the drier. Once she got the drier going, she went back out to her car to wait.

Ten minutes later, the clothes were folded and Mike started taking them out to the car ... which just happened to be parked right next to Chatty Cathy. When he headed in the direction of of Chatty Cathy's car, she quickly locked her car doors and rested her elbow on the driver's door window ledge in order to shield her view from the ABMM (Angry Black Man Mike).

3.  Yesterday, I got a call from the school regarding Cam. He had been suspended (again). This time due to his (WAY out of line) response to a teacher (white female) who accused him of "throwing gang signs" who wrote him up and sent him to the Dean's office. Cam insisted he was doing nothing more than showing a classmate the sign language alphabet after that same classmate had asked him if he knew it.

Far fetched? What if I told you the classmate corroborated Cam's story?

What if I told you the teacher rescinded her first write up (after learning of the classmates corroboration) and changed her story to "Cam was signing the alphabet with a classmate, and at the completion of the alphabet threw a gang sign"??

I kid you not.

One has to wonder if the same assumptions would have been made had a white, female, AP student been signing the alphabet to a classmate.

Then again, Cam was wearing a hoodie. Good thing his hood was not on his head or he might have been shot instead of suspended.