I have a habit of starting blog posts when I'm experiencing a moment of passion (intellectual passion, you perverts), but then never quite getting around to writing out the post. My DRAFT folder has a lot of unfinished business.

Over the next few weeks, I'll be sharing with you the posts from 2013 that were started, but never finished.

School Is Not For Boys 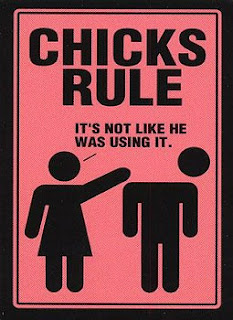 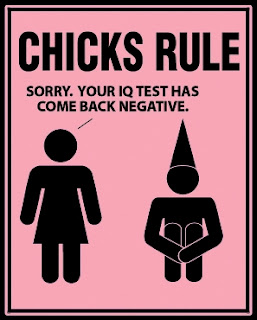 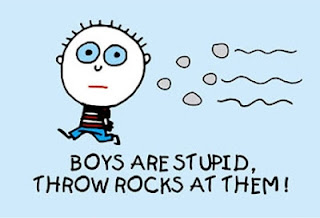 This was the start of a "How did we let society swing so far that it's become okay for girls/females to emasculate boys?" post. Schools - especially - have become completely boy unfriendly, from kindergarten through high school.

Then I thought ... I've got 7 months of this left. Is it worth expressing my outrage? Does anyone really care? Or will this post just turn into a place for the disgruntled ones to tell me that schools are not the problem, my kid is the problem?

Some days I feel it's important to give this issue a voice. Other days I'm so damn tired of fighting a bureaucracy that I will never be able to change that I just say "Fuck it! Let the parents of kindergartners figure it out!"

I don't know which stance is right, but if you are interested in reading some of the articles I had planned to use as references, here are the links:

From Time Magazine - School Has Become Too Hostile to Boys

One Of These Days I'll Get A Divorce

For those of you who've been here awhile, you know that "husband" and I are still married, even though we will have been separated for 4? Or is it 5 years in December?

These two things are not the same.

Bottom line, I am still often required to deal with him to keep it all looking like he is getting his way. It's just easier than dealing with tantrums and bullying.

Last November, "husband" demanded that I remove everything that was mine from the house under the presumption that he was going to rent it out in the spring and needed all of my stuff out.

I spent several Saturdays over there with him, while he watched, sorting things into trash and donations.

I let him know that AMVETS picks up donations out in Podunk, and that all he would need to do was schedule a pick-up date and put the bags/boxes in the driveway. AMVETS would take care of the rest.

Last week, "husband" called demanding (and don't think I'm using "demand" willy-nilly here - he demands - he doesn't ask) that I spend my Saturday helping him cart all of the stuff that has been sitting in the formal living room to Goodwill

Because he is "Tired of looking at the shit!"

And "Tired of the cats getting into the shit!!"

Which is why you didn't called AMVETS to schedule a pick-up during the last ELEVEN MONTHS, right??

Initially I told him I would help him get it to Goodwill, but the thought of spending half my Saturday with him wasn't very appealing. I decided to ...

Call AMVETS and schedule a pick-up, and they were going to have a truck in Podunk TODAY!!

Of course, then he needed my help* to get the bags and boxes from the house to the driveway (maybe a 20' walk), so we makes arrangements for me to come to the house at 7:00 last night to help* him. As it turns out, that doesn't work out for me - I've got to get to a store and purchase new duds for my part-time gig and  a 7:00 meeting time is just going to stress me out.

If he were anyone else, I'd have just told him to do it himself, but it's my responsibility to always make "husband" happy (just ask him), so I let him know I was going to the house right after work to start the project.

This is the text that followed (he's the BLUE bubble). And note the 5 hours between my response to him, and his next text. Also note that at no point does he THANK ME for doing all of the work without him, but he did "catch" me looking in the drawer for a pen!!

He sure shower me *rolls eyes* 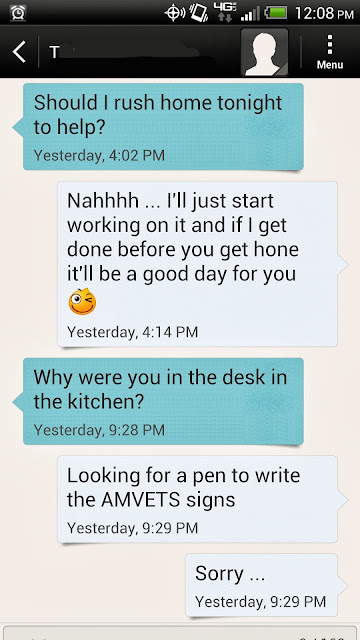